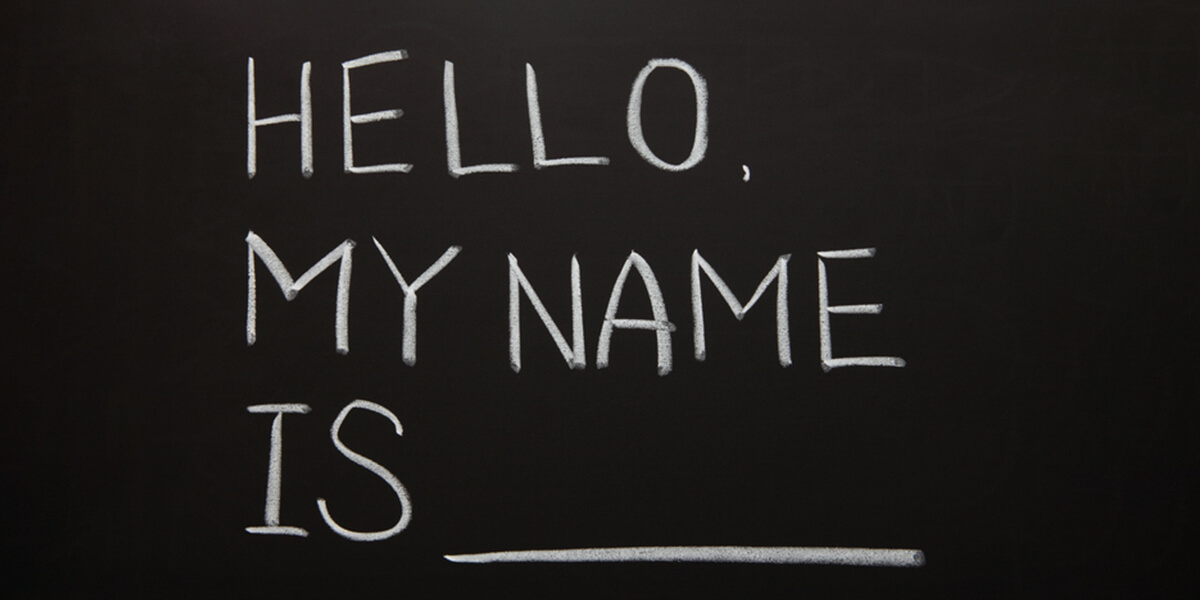 Should I Use Person First Or Identity First Language?

As concepts like neurodiversity, intersectionality, inclusion, and allyship continue to gain mainstream recognition, it is important to take a step back and consider how they contribute to shaping our attitudes about autism. Awareness about these concepts and the challenges autistic people face is only the start, however. For true inclusion to occur, every person must make an active effort to make the autistic people in their lives feel valued and understood.

One of the ways people can do this is by listening to autistic perspectives on identity language. Identity language refers to the terminology used to describe a disabled or neurodivergent individual in relation to their diagnosis.

On the surface, it may seem like an odd thing to dwell over. “Person with autism” and “autistic person” do not usually come up in everyday conversations, unless it is in the context of gossip about someone’s relative.

A BRIEF HISTORY OF IDENTITY LANGUAGE

The history of identity language reveals how societal views of disability inform the way we talk about it. Beginning in the 18th century, identity-first language (“they are autistic”) was used to describe disabled people, including those on the autism spectrum. The placement of these diagnostic terms in relationship to the person reveals their ties to the medical model of disability, which defines individuals by their diagnosis rather than their personhood. Thus, these terms tacitly encouraged the general populace to see disabled people as nothing more than their deficits.

As medical terms like “autistic”, “lame”, and “retarded” devolved into slurs, disability activists put forth person-first language (“they have autism”) as a new way of discussing disability. Their desire to “put the person first” was an explicit rejection of the medical model’s implication that a person is defined by their disability. They further argued that person-first language eliminates stereotypes by forcing the listener and speaker to acknowledge that “disabilities” are labels rather than defining characteristics. This would have the effect of reducing the stigma surrounding autism and other disabilities.

What the activists behind person-first language failed to anticipate was the neurodiversity movement, which frames conditions like autism as naturally occurring variations in brain chemistry. Many autistic activists argued that their diagnosis impacted their entire perception of self and was an inextricable part of their identity. Identity-first language, they claimed, more accurately reflected this fact. They further point out that extricating autism from the person, as person-first language does, implies that autism is a shameful and disordered way of being.

THE IMPLICATIONS OF IDENTITY LANGUAGE

Far from being simple labels, identity language is a tool used by autistic people to write their own narratives. For a group that has historically been talked over, infantilized, belittled, and devalued, their ownership of language is an act of defiance. It subverts popular narratives that claim autistic people have minimal agency (much less self-awareness) and forces people to reckon with their own internalized ableism. That is why the identity language debate matters: it upends the status quo and turns societal perceptions of autism on their head.

Unsurprisingly, this linguistic revolution has created a schism between autistic people and non-autistic people. While many autistic people see the use of identity-first language as subversive and transformative, many others see it as offensive and strange. Complicating matters further is that some autistic people still like person-first, or have no preference at all. While there is a consensus, the debate itself continues to evolve.

It may be easier to plug your ears and ignore the debate, but understanding the reason for this dissonance matters. Non-autistic people may have the best of intentions when they use “person with autism”, without realizing how that language implicitly reinforces a culture of othering autistic people. Other times, the use of “autistic person” may belie ableist beliefs in certain contexts. To prevent these kinds of misunderstandings from happening – and to prevent the heated debates that follow -- we all need to be on the same page regarding the greater implications of identity language.

It may seem like a large ask to shape your language around the preferences of autistic people, but it is the right and ethical thing to do. At the heart of the identity language debate is a desire to be heard, and listening to autistic perspectives rather than dismissing them addresses that need.

By no means should identity language serve as the be-all and end-all by which we consider someone an ally. True allyship and inclusion begins by reckoning with deep-seated biases. That reckoning begins when one steps out of their comfort zone, actively listens to autistic people, and allows their perspectives on identity language and other aspects of the autistic experience to reshape their world. Only when autistic people are embraced as they truly are — not in spite of their autism, but because of it — can true inclusivity and allyship begin.

A version of this article was previously published in the Summer 2021 issue of Autism Spectrum News.

Contact Planning Across The Spectrum for neurodiverse financial planning services.