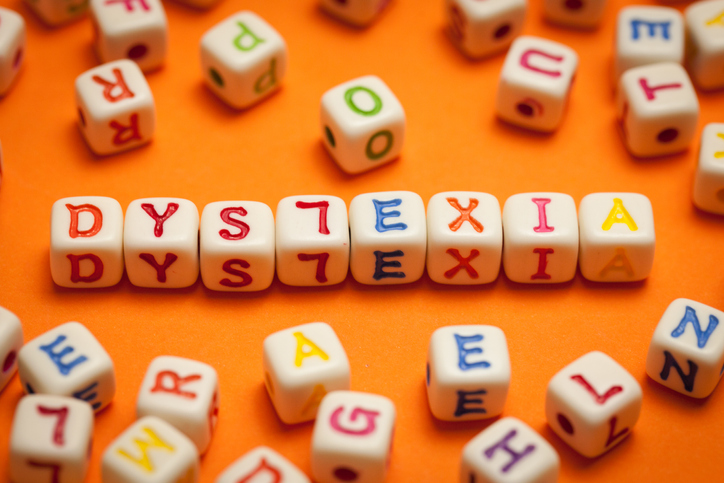 The (Sometimes) Hard Truth of Growing Up with Dyslexia

You may not be aware of this, but on top of being an Insurance Specialist for Planning Across the Spectrum, I am also Dyslexic. I have been asked quite a few times what it’s like growing up and living with dyslexia and I’ve always had trouble answering because it’s far from a simple answer. In this blog post though, I am going to do my best to convey my experience to you. In order to do that properly, we have to start at the beginning. Let’s talk about what it was like being an adolescent with dyslexia. I will warn you now that a lot of this won’t be fun and carefree. While I am proud of my identity and the hardships I overcame, I am writing this because I don’t believe people with dyslexia should have to go through what I went through just because their dyslexic. So, let’s get into what exactly I “went through.”

In my experience, there is a feeling of exhaustion that is inescapable as an adolescent with dyslexia. Especially if, as I was, you were never diagnosed or even given a solid understanding of what dyslexia is. There’s this feeling that no matter how hard you try you simply can’t read as well as everyone else, and you’re the only one who seems to get that. Everyone around me growing up was not only able to read these amazing stories and actually remember what they read, they were sure I could do it too if I just tried hard enough. But reading wasn’t simple for me, it was messy. There were so many different things to remember and think about and process and understand and be aware of and concentrate on. I know it feels this way for a lot of dyslexic people. Everyone keeps telling them reading is simple, but that couldn’t be further from the truth. While the earlier in the school system you are the easier it is to ignore, eventually, it starts to dawn on you as a kid that you’re falling behind in some way. People tend to think that kids with dyslexia are ignorant or oblivious to the fact that they are falling behind, but we often see more signs than anyone. They are inescapable to us, and so often we don’t have the tools to process them.

For instance, in school as an adolescent, I purposefully avoided situations where I’d have to read because I knew how clear it would be that I had more difficulties reading than the other kids. But just because I could sometimes avoid those situations, didn’t mean I could avoid the signs or feeling that I was different. Dyslexic people tend to be very intuitive, and we can tell that we’re missing out on something. We can tell that the other kids are enjoying things that we just can’t. I always wanted to feel “normal” by joining in on the things the other kids found joy in, but sometimes that just reminded me how different I was. This is where self-doubt sets in, and self-confidence can be forever shaken as you internalize how different you are. This is where I began to think, maybe I’m just not as “smart” as those around me.

It wasn’t that simple though, of course, it wasn’t! The more I noticed my specific barriers the more I was able to focus on overcoming them! This is honestly where one of my favorite parts of being dyslexic comes in. I love the creativity that is required to find ways around unique problems. This might not sound fun, but I’ve always loved problem-solving, and this was a big problem to try and solve. Yes, life was hard and discouraging, but I was still a kid who had things he loved to do and a desire to be better! I do not and never will spell or read at the same level as many of my peers regardless of what age I’m at. However, way back in school, I started turning my attention to things that I could do well that could help me find a way around many of the problems I was facing. Through a lot of practice, as well as just living as a dyslexic kid, I began to develop memorization skills and the ability to hyper-focus on specific things. I became committed to self-learning and skill development. I didn’t know it at the time, but I was strategically preparing myself for the world!

Of course, there were some problems that didn’t have exciting or fun solutions. As I mentioned earlier I began to avoid reading in front of other people by any means possible. This started happening more and more and became extremely noticeable to most around me. I found that when I got in trouble or acted out people would leave me alone for the most part and teachers wouldn’t even ask me to read! I got labeled the usual such as being lazy, stupid, both, and some terms I do not feel comfortable repeating here. At the end of the day though I told myself it wasn’t so bad because at least I didn’t have to read. I think it goes without saying that this wasn’t very healthy, and this feeling of shame absolutely left a mark. I learned to hide who I was. I thought this is just what I had to deal with as someone who had trouble reading. This idea that “this is just what we have to deal with for being who we are” pervades dyslexic thinking. It’s the guiding factor in so many decisions we make in our lives from adolescence to adulthood. It’s always there, looking like a really good reason to give up. I am so happy where I am in life now, but I still sometimes think about how lucky I was to be able to move past these dangerous ideas that filled my head as an adolescent with dyslexia.

Honestly, it is incredibly odd that the belief of just trying harder as a way to fix dyslexia is still around today. For one, I don’t know of any dyslexic kids who were able to learn the same way as their peers and at the same rate just because they were told to. It’s also weird that this belief is still around because we’ve known about dyslexia for so long. Fun fact, Dyslexia is one of the 1st Neurological brain differences to be identified. People started noticing it soon after the standard scripting changed from drawn pictures to alphabetical sequences and phonetics. As soon as there were people writing words, there were dyslexic people having trouble reading them. When you think about it like that, it seems we haven’t really come that far in how society treats and understands dyslexia, especially with how much time we’ve had. As you grow up dyslexic, this realization that life isn’t fair and it’s not even getting that much closer to being fair really sinks in and takes its toll. There’s so much more to say about growing up with dyslexia, but I felt it was necessary to start at the beginning. It often determines everything that comes next. These are signs you’ll see more and more in kids if you start paying attention, and as someone who used to be those kids, we need to do better by them. I think a good place to start is seeking to understand their experiences, and I hope this blog post aided you in doing just that.

Contact Planning Across The Spectrum for neurodiverse financial planning and insurance coverage services.