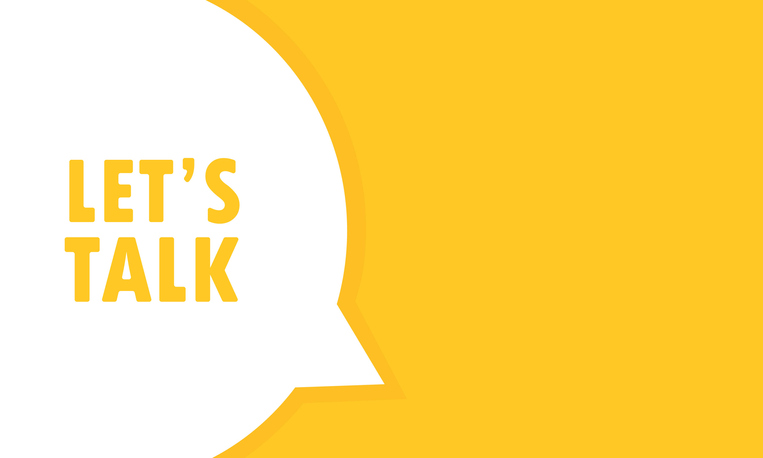 Changing The Current Conversations Around Dyslexia: Why We Need To Do It, And How It Can Be Done

We need to reconsider how we discuss dyslexia and how it manifests, particularly in early childhood.

We have gone far too long having the same old conversations and it is repeatedly failing our children. I say this as a dyslexic person and a father, we need to do better.

In a recent blog post, I discussed my experiences growing up dyslexic, including how not being diagnosed or understanding dyslexia affected my experiences and my view of myself. I would recommend reading the full post which you can here. My experiences are very relevant to what I am going to talk about today because there are many people with stories just like mine. Kids who were struggling but at the end of the day were just told to try harder instead of being helped. I talked a lot about how I internalized things I couldn’t understand in harmful ways, such as thinking I wasn’t as smart as the other kids because I couldn’t enjoy reading the way they could. There were already many signs of dyslexia when I was younger, but the cultural conversation around dyslexia (or lack thereof) led to my unique struggles being ignored and unhealthily internalized. So today, instead of focusing on my experiences with dyslexia, we are going to discuss the cultural conversation around dyslexia, and how we can change it to make this world a more welcoming and accepting environment for dyslexic children.

To begin I want to talk about what I feel is one of the most vital yet overlooked reasons that it’s important to discuss dyslexia in early childhood more often. Because early childhood is when kids start to build confidence and have dreams for the future! Noticing the differences between you and the other kids that I’ve previously discussed adds an element to this growth that can set dyslexic kids down the wrong path. If they believe they’re not as smart as the other kids, maybe that means their dreams are less realistic and their goals less worth striving for. This is an important stage of development, and a lack of self-confidence can keep kids from pushing themselves to be all that they can be and explore their future possibilities. To put it simply, I started to think I couldn’t do anything because I just wasn’t smart enough, so why even try.

Looking back now though, it makes me feel a lot better to know that I simply wasn’t being understood and have always been capable of amazing things. In fact, it feels a little empowering, and I think we need to start talking about dyslexia in a way that allows kids in early childhood who are showing signs of dyslexia to feel empowered too. Many times, people might not be sure if something is a sign of dyslexia or not, especially in young children. However, we can still start to talk more about how some kids have extra reading difficulties that might never go away, and how that’s okay. We can also talk more about neurological differences and how people with them, such as neurodiverse individuals, can live incredibly successful and happy lives. Kids should feel confident that they can explore what they are good at and find support for what they struggle with without ever feeling lesser than their peers.

We’ve talked about my experience as a kid with dyslexia, but now let’s talk about the many experiences you will never hear about because many never learn they are dyslexic. They don’t have the opportunity I did to find self-acceptance and understanding in their diagnosis. I may have lived most of my life undiagnosed, and still don’t have a formal diagnosis, but my informal diagnosis through a psychiatrist and the subsequent personal confidence in the fact that I have dyslexia has helped me a lot, and it’s something some people don’t ever get. There is a large population of kids that go undiagnosed for a number of different reasons, and in my situation came down to simple economics and the ability to obtain resources both at home and school. For some, those limitations never go away, and we need to openly acknowledge this, so we can start figuring out how to fix it.

As I’ve hopefully conveyed, a dyslexic person’s journey in life can be greatly impacted in early childhood based on if they receive a diagnosis or not. This is where so much starts, and missing out on a diagnosis here can easily mean not receiving one for decades as in my case, or in some cases ever. The importance of this is only compounded by schools’ consistent inability to recognize and act on early signs of dyslexia. I understand why parents may not catch these signs, sometimes they have the same tendencies and think these are just normal difficulties, but it’s shocking to me how untrained many school personnel, guidance counselors, and teachers can be in recognizing and acting on early signs.

School personnel in general, including Special Ed teachers, often do not have the training to recognize early signs of dyslexia. This can be an effect of a lack of funding or simply compounded by a lack of funding or simply due to ignorance of its importance. There is quite a lot of not commonly known information about dyslexia that is crucial for catching its early signs. This includes the fact that dyslexia comes in different types and the fact that dyslexia has actually been shown to have a 50% chance to be passed on through genetics from parent to child. This means if a child is dyslexic, it’s likely that one of their parents is, and if their parent never received support or resources for their difficulties, they may not understand how beneficial or necessary it may be. Schools have to be familiar enough with dyslexia to catch it even when the parents don’t notice anything because that situation is surprisingly common. Once again, this isn’t the fault of people who don’t notice, there are many understandable reasons parents and even school personnel miss these signs. This isn’t about casting blame, because I truly empathize with the difficult situations everyone involved is put in, but first and foremost this has to be about doing better by dyslexic kids. We’ve failed them for too long.

In summary, the development stage of early childhood for dyslexic children is crucial because how it goes has so much power over everything that comes next. From helping build confidence to receiving necessary resources this stage is vital. That means the way we culturally talk about dyslexia in this age group has a huge impact. I want you to think about how powerful it was when I realized I am capable of so much when I put my mind to it. When I realized that my disability is part of who I am, but that it can’t hold me back from achieving my dreams and it just made my success even more impressive, invigorating and empowering to me. These realizations came far later than they should have, and it’s because of how the people around me discussed, or even ignored, my difficulties. I hope you will open your mind to the value of having these types of discussions more openly and positively, especially if you yourself are dyslexic or think you may be. As dyslexic people, we deserve better from the conversations about dyslexia, conversations that have been stagnant for years. We deserve better, and as many of us have already learned, that often means we ourselves must create the change we know is necessary.

Contact Planning Across The Spectrum for neurodiverse financial planning and insurance coverage services.